Visa For Thailand Expires? Do It Yourself And Make A Trip To Laos!

Because we were staying in Roi Ed, the second time we went for the extension for the visa for Thailand we go to ‘Friendship Bridge II’.
That’s the bridge between Mukdahan (Thailand) and Savannakhet (Laos).
The office here ask 1,000 baht more than in Nong Khai.
We have seen that it’s not difficult to get your visa (maybe the office has more connections and things go a little faster), so we tried to do it on ourselfs.

First you go to the border of Thailand and buy a ticket for the bus.
A ticket costs 50 baht per person.
Then you can go to the passport control, to go outside Thailand.
Only my friend get a visa to fill.

When you passed, you have to wait for the bus.
Meanwhile several small busses from the Savan Vegas Hotel drive away: Thai people who go to the casino in Laos.
But in total, here are less people than in Nong Khai, but maybe because now it’s Saturday and when we were at Nong Khai it was during the week, just before New Year.

The big busses don’t have airco, but it’s only 2 kilometer driving, just crossing Mekong River, the natural boundry between Thailand and Laos.

At the border we follow the other people to the passport control.
There is also another ‘Farang’ who has first go to immigration to fill a form and visa.
Friendly Thai people tell me that I have to go also.
The immigration is only 5 meters away from the control.
There we get the form and visa to fill.
I didn’t have a photo, but no problem, just pay 50 baht more, a total 1,600 baht and I have another visa in my passport.
No problem to pass the control now.
Only my friend has a problem: she must also fill the tourist visa for Laos.
I’m an expert now, so I can help her…
Then I almost had a problem again, because I passed the control and go back to help my friend… meanwhile somebody else joined the control, but lucky, the first person recognized me..

Visa For Thailand Expires? Make A Trip To Laos And Do It Yourself!

Now we passed the border, we want to see also a little bit of Laos.
A friendly driver from a tuk-tuk wants us to show Savannakhet for 400 baht.

The first stop is a souvenir shop.
It has mostly the same products as a shop in Phon, supplemented with Laos ‘labeled’ products.
The quality of the clothes we saw was very bad: you can buy, but only take it as a souvenir, not wear it.
Of course we bought a keyring as a souvenir and some soap. 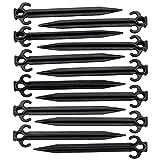 Our next stop was the market.
Very different from the markets we know in Thailand.
It was just after noon and there were not many people at the market.
It was not clean and it smelled not nice.
And we had the feeling the market vendors didn’t want to sell.
Only at the shop for mobile phones they wanted to sell us the real ones….. sure…. we bought a Samsung Tab for 1,500 baht!
Of course it’s fake!
And be very careful: they tell you everything is included, but when you buy, you only get the phone or tab and have to pay extra for the charger!

The last stop was a temple.
I like to visit temples, but at this one we had not a good feeling, so we stayed a very short time and left after a short talk with the monk and a prayer..

Although I’m a little bit negative about our visit to Savannakhet, I liked the experience!

Time to go back to Thailand.
At the border we passed the control easy.
Then buy a bus ticket.
Here it’s 55 baht per person.
We were lucky and only had to wait 5 minutes for the bus.
Some of the same people as at the trip to Laos were also on the bus: they only went to buy food in Laos.

At the border with Thailand we get a visa to fill.
And I can stay another 14 days in Thailand.

It’s so simple to do it yourself, but it was also very easy when the office did it in Nong Khai.
The difference in priceis maybe 600 baht.

But, best is of course to do the visa for Thailand in the country where you come from.
Just don’t forget like I did……

Have a very nice day!

We use cookies to ensure that we give you the best experience on our website. If you continue to use this site we will assume that you are happy with it.OkPrivacy policy