Flying Clipper, directed by Hermann Leitner and featuring narration from Burl Ives, follows the untold adventures of a Swedish sailing ship and its young crew as they navigate the Mediterranean Sea in the early 1960s. This documentary is a stunning travelogue that takes you to the dreamiest destinations of the old world. Under the stewardship of Captain Skoglund, a group of 20 Merchant Marine cadets venture through historical landmarks, such as Tutankhamen’s tomb, and other known wonders of the Mediterranean coastline. First Portugal, then Egypt, this odyssey travels to various points in Turkey, Greece, Italy, and Monaco, ending in Spain. 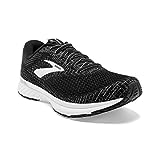 Photographed in 1962 with specially designed 70mm cameras, Flying Clipper was the first German film produced in this high-resolution large format. Whether it’s the spectacular imagery of the Formula 1 race in Monaco or the seascape views aboard the aircraft carrier USS Shangri-La, this documentary is a technical masterpiece that preserves the breathtaking visuals of its maiden voyage. Cinematography by Tony Braun (The Wild Geese), Siegfried Hold (Old Shatterhand), Heinz Hölscher (Rampage at Apache Wells), Klaus König (Go For It, Baby) and Bernhard Stebich.

Scanned in 4K from an original 70mm print and digitally restored, Flying Clipper now unfolds in your home theater with the same brilliance as a cinema screen. With a completely new Dolby Atmos design created to enhance the subtle nuances of the original sound (German and English), you experience the thunderous racing atmosphere of Monaco in the middle of your living room. Now available for the first time in the U.S. on DVD, BD and UHD BD.

We use cookies to ensure that we give you the best experience on our website. If you continue to use this site we will assume that you are happy with it.OkPrivacy policy